Early Ref. 3646 watches have very uncommon case numbers with 7 digits. According to my database they range from 1009427 to 1010399, which is equivalent to 3646 Type A to Type C. These numbers have been a mystery for a long time and it was difficult to determine a precise production date. Unlike other Panerai watches manufactured by Rolex, they are not in the range of Oyster case numbers.

I started to collect data of Rolex pocket watches in order to understand whether the 16 Ligne Elinvar movements were members of the Cal. 618 family or not. Rolex pocket watch case numbers are poorly documented. To estimate the production date I had to learn about import hallmarks and date letters stamped to gold watches. These stamps are a quite precise indication.

However, I noticed that some of the Rolex pocket watch case numbers were very similar to the early Ref. 3646 numbers.

Once I had collected enough data it became pretty obvious that the early 3646 Type A, B, and C were indeed numbered within the Rolex pocket watch range. They line up perfectly. This is an interesting fact but it feels like jumping from one riddle into another.

The list below shows some of the Rolex pocket watch case numbers in my database. Click for a larger view.

The two known examples of Ref. 2533 have clearly Oyster numbers. Why did Rolex change Ref. 3646 into the production line of pocket watches? 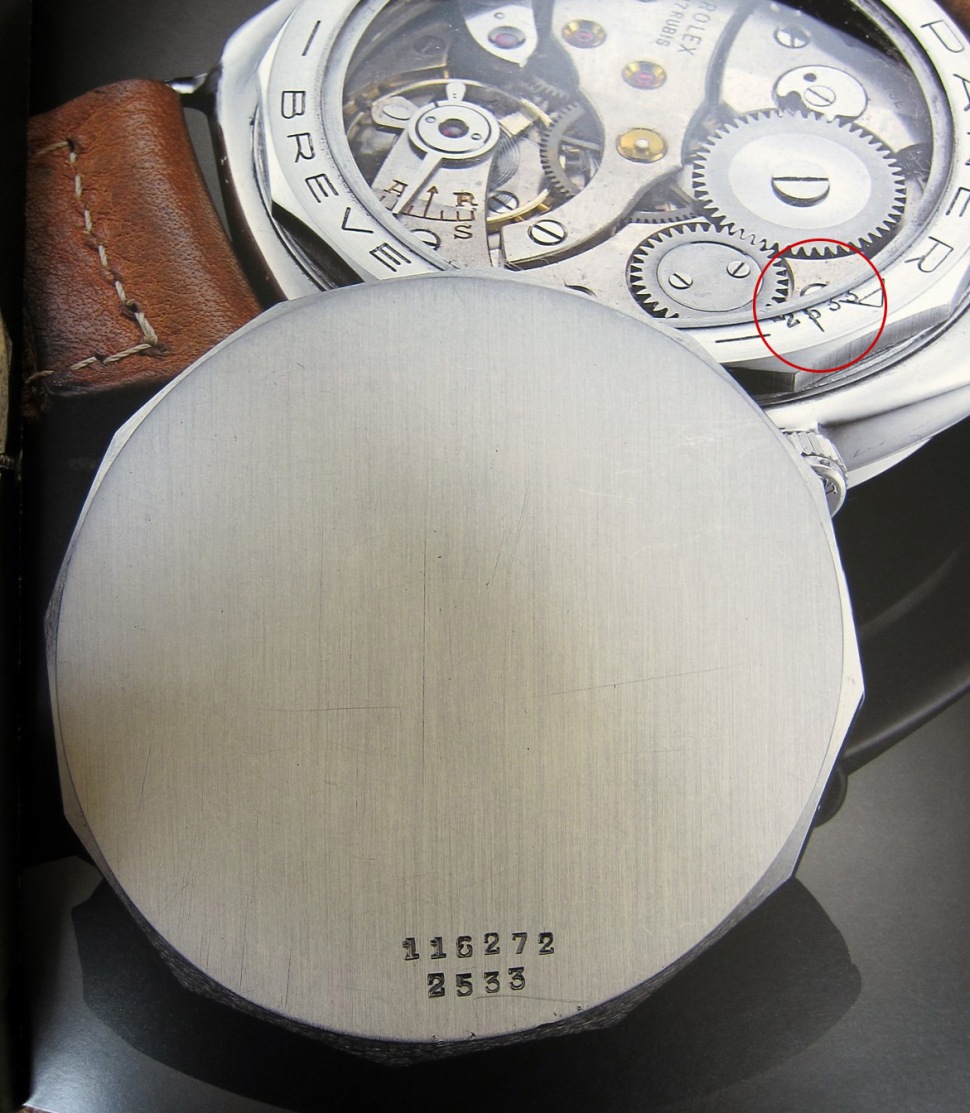 According to “Panerai – Una storia Italiana” Ref. 3646 was the first exclusively for Panerai produced watch in April 1940. The only thing that changed from Ref. 2533 to Ref. 3646 was the reference number and obviously also the case numbers.